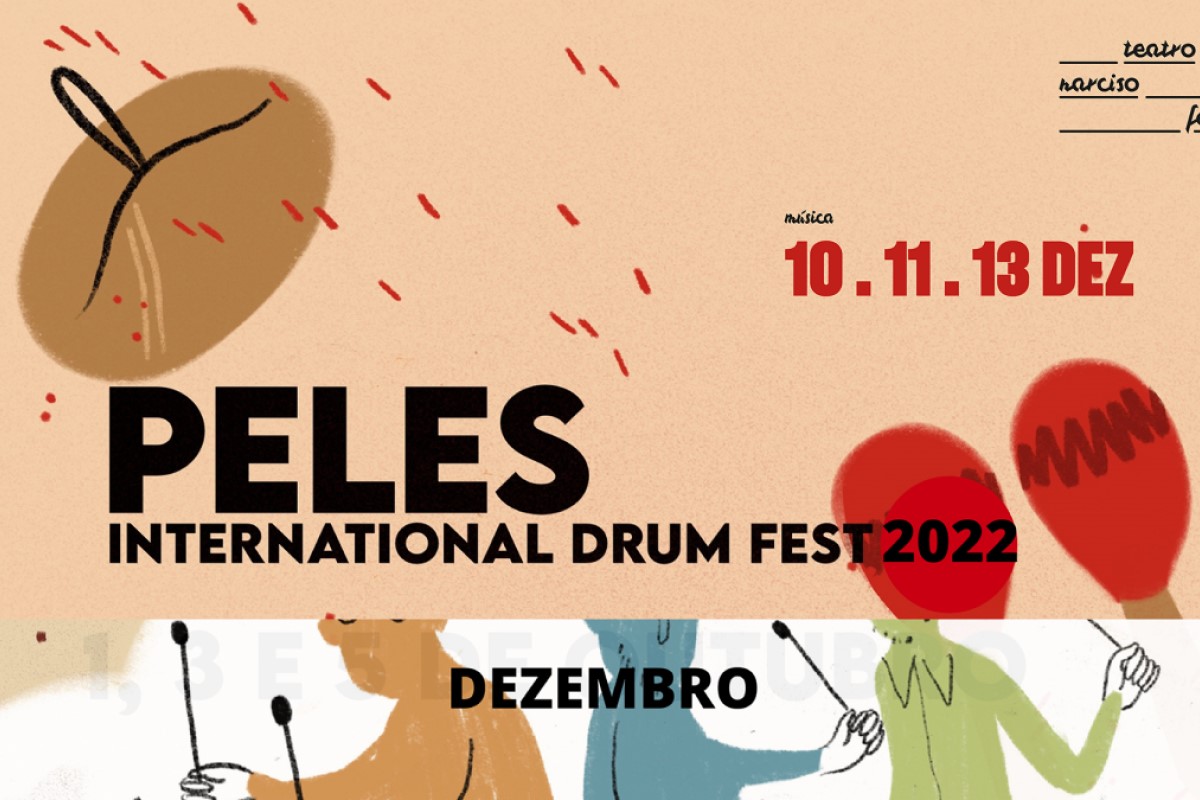 The Narciso Ferreira Theatre is partner of the 7th Edition of Peles - International Drum Fest, a project focused on the crossing of musical languages associated with the universe of percussion and its fusion with other musical genres and artistic genres in the field of performing arts. On 10 December the musical theatre "Com certeza é uma Tasca Portuguesa" (PT), a new creation by Gerson Batista, performed by Jorge Lima and Jonathan da Silva, and on 11 December the premiere of the new creation of Atlantic Percussion Group (PT), by the duo Tomás Rosa and José Afonso Sousa. The opening of the programming at TNF will take place on December 10, at 16h00 at Café Concerto, with the presentation of two books: the first is the edition in book and audio of the winning works of the "1st edition of the International Composition Contest for Percussion, Peles International Drum Fest" and the second "Study of orchestral percussion accessories - 1" by Tomás Rosa. In the area of audience mediation, the programming at TNF ends with 2 sessions for children by ODAIKO (ES), on 13 December at 10h00 and 14h30.