Environment “There are no mixtures here”: used cooking oil is in the oil recycling binToday Dyntra report confirms Famalicão as one of the most transparent municipalities in the countryToday International Day of the Elderly celebrated in Famalicão with affection and projects for the elderlyCulture and Tourism S. Miguel Grand Fair attracted thousands of visitorsCulture and Tourism Amateur Artist's House with open doors for talentCulture and Tourism São Miguel de Seide becomes the centre of the Camillian RouteCity Council Mayor wants to give energy self-sufficiency to schoolsToday Famalicão presents a plan for a municipality for allEducation Famalicão opens the classroom doors to the TheatreParishes Fradelos will have a multipurpose hallEnvironment Ten years later, Devesa is much more than a parkEnvironment Devesa Park receives extra care in the passage of its 10th anniversaryCulture and Tourism Famalicão celebrates World Music Day with opera, concerts and guitar duoToday Mário Passos celebrates the Council's Day under the motto of EcologyYouth Soraia Chaves is the great honoured of Ymotion 2022Social Action The municipality guarantees the transport of almost one hundred disabled citizens from Vila Nova de FamalicãoCulture and Tourism Casa das Artes in OctoberSport Famalicão hosts the Sports Awards Ceremony of “O Minhoto”Culture and Tourism Young Orchestra of Famalicão prepares concerts on 2nd and 3rd of SeptemberCulture and Tourism Famalicão's Handicraft and Gastronomy Fair on a renewed stageCulture and Tourism The Onion is the queen in Gondifelos!Today Pinheiro Braga Avenue starts requalification and duplication works
EVENTS
YOUR PLACE
News Executivo Discussão Pública Reunião Câmara Balcão Único Perguntas Frequentes Boletim Municipal Formulários Contactos Municipais 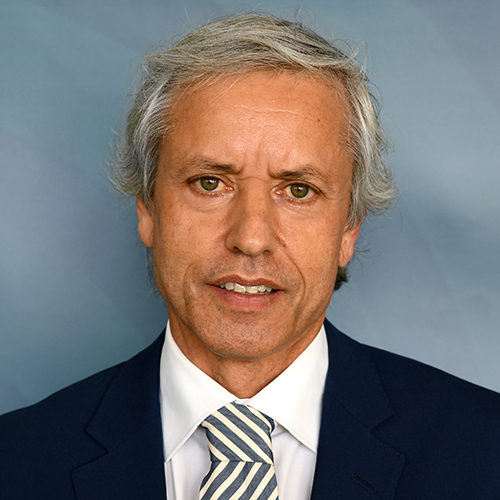 Biographical Note ››
Mário de Sousa Passos was born in 1966. He started his schooling in primary school at the parish of Nine, in the county of V. N. de Famalicão, his parents' hometown.
He graduated in 1991, in Physics and Chemistry, from the University of Minho (UM), in the same year, he joined the Chemistry Department, in the disciplinary group of Physical Chemistry at UM, thus starting his academic career as a trainee assistant. In 1994, he took his Pedagogical Aptitude and Scientific Capacity Tests and started his PhD tests, in the same university, in cooperation with the John Innes Centre Research Park Institute, Norwich, England, concluding his PhD in Sciences in 1998, becoming Assistant Professor. In 2004, the XV Constitutional Government of the Portuguese Republic invited him, to be the Regional Delegate of Braga of the Portuguese Youth Institute. In 2009, he is elected Councillor of the City Council of Vila Nova de Famalicão, having exercised functions in about ten portfolios of local government, among which we highlight the Parishes, Civil society, Sports, Youth, Housing, Transport, Public space and advertising, Family, and Administrative modernization. In 2010, he became Guest Lecturer at the University Cooperative of Higher and Polytechnic Education - CESPU. On October 10, 2021 takes office as Mayor of Vila Nova de Famalicão.
Areas:
› Administrative Modernisation and Digital Transition.
› Energy Transition,
› Financial Management;
› Housing;
› Human Resources;
› Municipal Governance and Urban Intelligence;
› Parishes;
› Planning and Urban Management; Inspection;
› Public Procurement;
› Public Works;
› Social Solidarity;
› Strategic Planning; 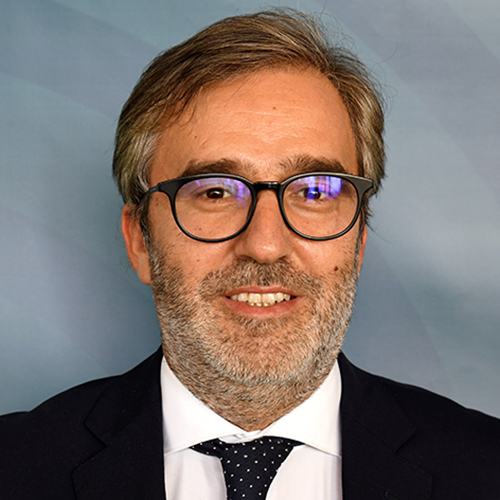 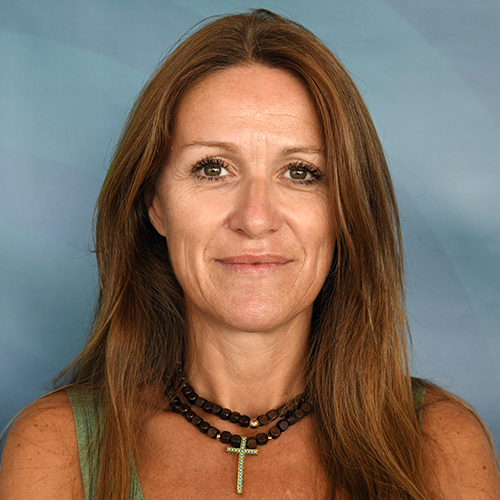 Biographical Note ››
Born in Vila Nova de Famalicão on 22nd November 1974. She has a degree in Pharmaceutical Science and an Executive Master in Health Management and Administration. She took up a position in the City Council of Vila Nova de Famalicão in October 2013 and was responsible for the areas of Public Health, Mobility, Youth and Family. In 2017, she maintained the areas of Family; Youth; Public Health; Mobility and Road Safety, also taking on Volunteering; Gender Equality; and Public Spaces. In the current mandate, she is Councillor for the areas of Family; Equality; Interculturalism and Integration; Health; Road Safety; Transport and Mobility.
Areas:
› Equality;
› Family;
› Health;
› Interculturalism and Integration;
› Road Safety;
› Transport and Mobility. 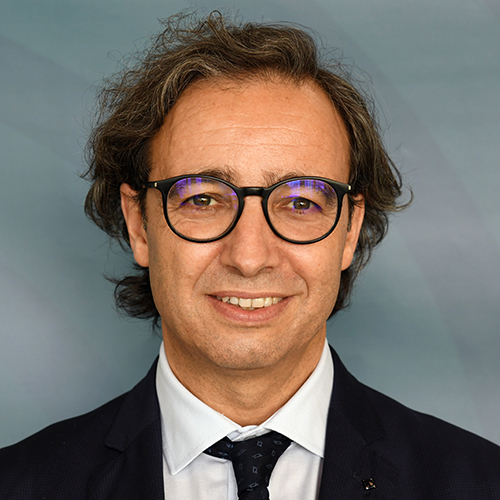 Biographical Note ››
Born on 29th December 1973, he was born in the county and parish of Vila Nova de Famalicão. Married and father of two children. He has a degree in Human Resources Management from the University of Minho, where he did a postgraduate course in Organisational Behaviour and a Master's degree in Economics and Innovation Management from the Faculty of Economics of the University of Porto. He was, between 2014 and 2017, coordinator of the municipal project Famalicão Made IN. He was, between 2017 and 2021, Councillor for the areas of Economy, Entrepreneurship and Innovation; Internationalisation; Tourism; Integrated Territorial Development. In the current term of office, he is Councillor for the areas of Economy and Entrepreneurship; Education and Science; International Relations; Integrated Development; Maintenance of Public Space and Facilities.
Areas:
› Economy and Entrepreneurship;
› Education and Sciences;
› Integrated Development;
› International Relations;
› Maintenance of Public Space and Equipment; 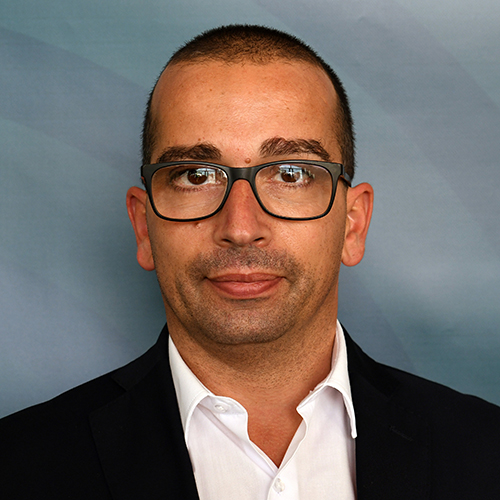 Biographical Note ››
Born on 11th March 1978, he is married and father of two daughters. He has a degree in Physical Education and Sport, a Master's Degree in Sports Science (Sport for Children and Young People) and a Specialisation Course in Education Sciences (Educational Administration). He is an accredited trainer by the Scientific and Pedagogical Council for Continuous Training, and holds the Professional Title of Sports Trainer. He is a permanently appointed teacher at the D. Sancho I School Grouping, and throughout his career has served as Advisor to the Director, member of the Pedagogical Council and Group Delegate. Between 2014 and 2021, he was Sub-Director of the Camilo Castelo Branco School Grouping. In addition to being an athletics coach and association leader, he was Regional Technical Director of the Athletics Association of Vila Real and the Athletics Association of Braga. Between 2009 and 2021, he was a member of the Parish Assembly of Ribeirão.
Areas:
› Civil Society;
› Culture;
› Sports. 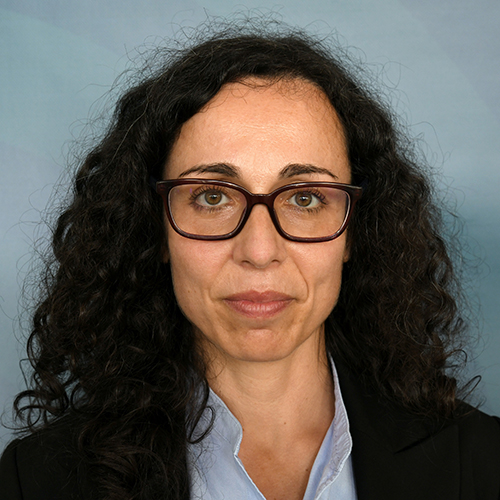 Biographical Note ››
Born and resident in the village of Joane, she was born on 28 of February 1980. She holds a degree of Education, Educational Administrative from the Instituto Superior de Educação e Trabalho (ISET). Until 2021, she held functions as a technical assistant in the Padre Benjamim Salgado School Grouping, in Joane. She is also director of the Refereeing Council of the Braga Football Association; president of the Braga regional fiscal council of the Nuno Álvares Fraternity (FNA); secretary of the political commission of the Joane PSD nucleus, since 2020. She has always maintained a strong connection to associativism and volunteering, having participated in and organised several projects with a local and national dimension.
Areas:
› Tourism;
› Volunteering;
› Youth. 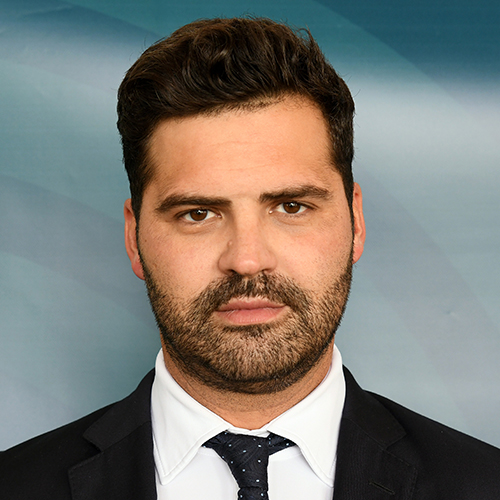 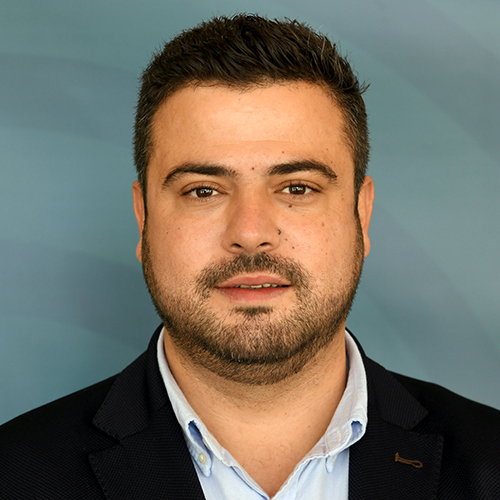 Biographical Note ››
Eduardo Salvador da Costa Oliveira was born in February 1984 and is a specialist nurse in Maternal and Obstetric Health at the Famalicão Unit of CHMA – Hospital Centre of Médio Ave. Born in the parish of Almacave, county of Lamego, he is the youngest of three brothers. In his hometown, he did his primary education in a catholic school. After finishing this, he attended the local public school until the 11th grade. At the age of 17, he went to Porto, to complete the 12th grade in a private institution. In 2002, she joined the degree course in Nursing in the Vale do Ave Higher School of Health of CESPU - University Polytechnic Higher Education Cooperative, CRL, in Famalicão. He was President of the respective Academic Association. Nurse at CHMA since 2008, he has already worked at the Santo Tirso Unit of the institution, whose Staff House he presided. In 2013, he took the specialty course in Maternal and Obstetric Health Nursing at Santa Maria School Nursing, in Porto. Later, in 2020, he concluded the master's degree course in Health Management and Administration at CESPU, in Famalicão. It was while he was a student and in Famalicão that he met his wife, Susana Pereira, from Famalicão, whom he married in June 2012. Four children were born from the marriage: Salvador (2013), Margarida (2015) and the twins Carminho and Constança (2021). He joined the Secretariat of the PS of V. N. de Famalicão in 2018 and led the list that won the elections for the party's Council Political Commission in February 2020. In December of that same year, he was chosen by that political governing body to be the PS candidate to the presidency of the City Council in the local elections of 26th September 2021.
Atendimento ao cidadão: 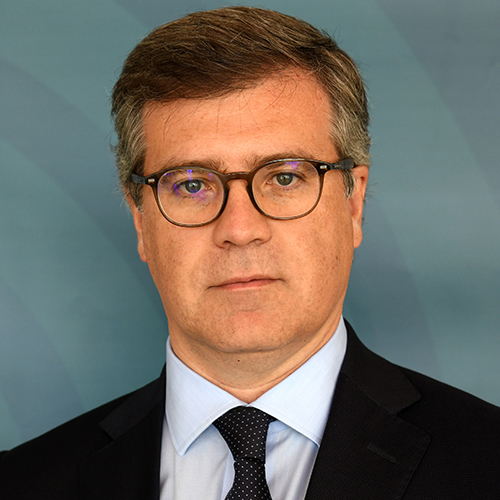 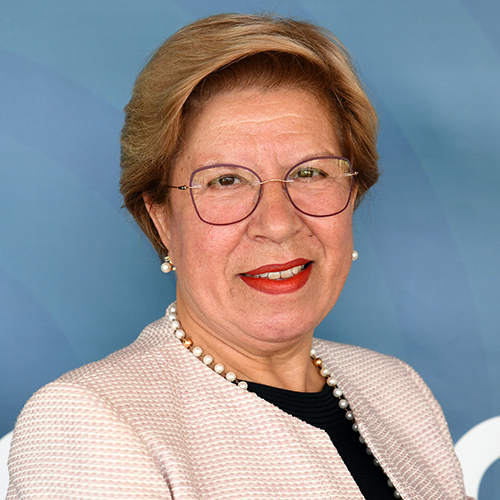 Biographical Note ››
Born on 30th August 1955. Graduated in Geography from the Faculty of Arts, University of Porto. Teacher at the High School of Camilo Castelo Branco, V. N. Famalicão, where throughout her teaching career she has held various pedagogical and management positions/functions, including member of the Board of Directors between 1987/1994. In his civic and political intervention, he has held various political-party positions at county, district and national level. She was a member of the Lousado Parish Assembly (1993/1997), Secretary of the Parish Council (1997/2001) and President of the Parish Council (2001/2005). She was substitute Councillor of the City Council of V. N. Famalicão, in the mandate 2005/2009. She was Member of Parliament, in the XIII Legislature (2015/2019), for the electoral constituency of Braga.
Atendimento ao cidadão: 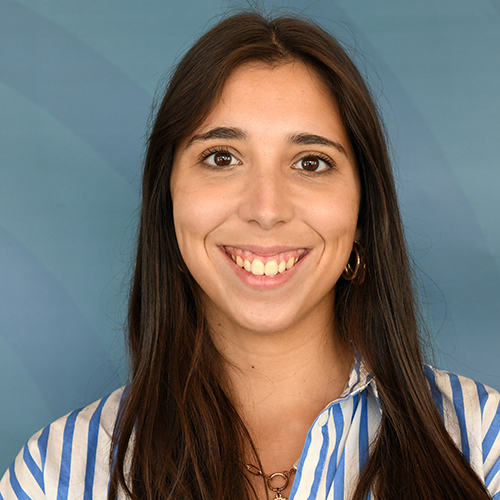 Biographical Note ››
Born on 7th November 1993. Graduated in Political Science from the University of Minho. Born in the Parish of Bairro. Currently lives in the Union Parishes of Avidos and Lagoa. She is a Logistics Manager in a multinational company based in V. N. de Famalicão. She holds multiple political and party positions at municipal, district and national level. She was a substitute Councillor for the City Council of V. N. of Famalicão in the term of 2017/2021.
Atendimento ao cidadão: