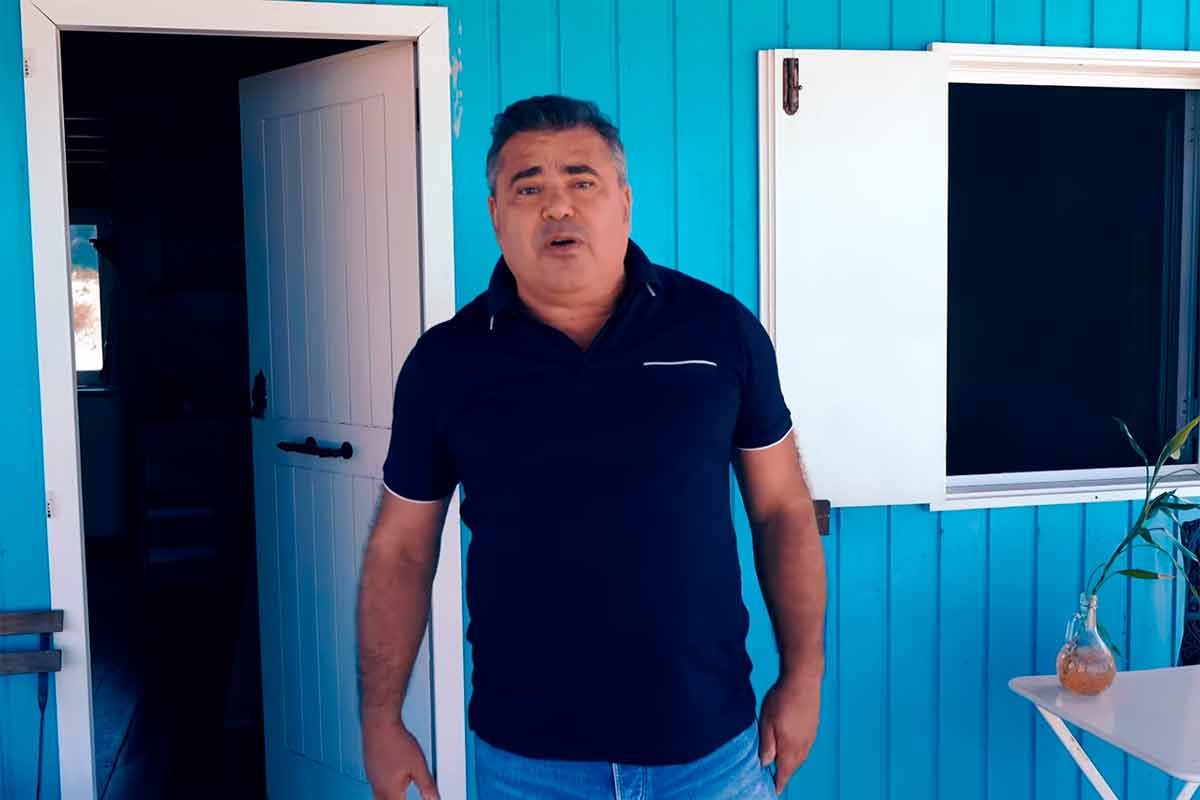 Toy, who started his artistic career very early. At the age of 5, he only performed at a party organized by a Setubalense collective. Setúbal, the city where Toy comes from, had a great influence on his character. Living for eight years in Germany, he had the opportunity to work in various recording studios, where he worked as a producer for various artists and groups. At the same time, he developed his own works. In 1984, he brought to Portugal a recording of two songs that gave rise to his first single, "Dias de Paz". This was followed by another single "Depois de Ti" and in 1998, already using the name Toy, the name he chose for his artistic life, he launched a third work entitled "Mulher Latina". It should be noted that Toy was the first Portuguese to write and sing Lambada, of which over 1,000,000 copies were sold. In 1990 he participated with "Mais e Mais" in the Festival da Canção da RTP, obtaining the 2nd place and the prize for interpretation. In 1997, he signed a contract with the publisher ESPACIAL, which still remains, where he premiered the song "Aguenta-te com esta". In 1998 he recorded the song "Stupidly passionate" due to the fact that this is the type of music that gives him the most enjoyment to sing. In the two years that followed, he did not develop any work as his last one had a good acceptance that allowed Toy to debut on television. He was then invited to participate as a resident jury in the program "Ri-te, Ri-te" presented on TVI. In 2000 he developed a new work with the theme "Tu foste o Grande Amor", affirming himself as the romantic singer he really is. He was then invited to be Music Director on the program "Tic-Tac Millionaire" on TVI.
He accepted NBP's invitation to be part of the Musical Direction of TVI's next soap opera, "Olhos de Água". After the great successes in telenovelas "Olhos de Água", "Nunca Digas Adeus", "Último Beijo" and "Tudo Por Amor", he then released an album in 2002 called "Eternamente Teu" with the hit "És so sensual" ". In 2003, after a resounding success with the television program "Na Casa do Toy", he edited an album with the best songs. In 2004 he edited the album “É SÓ SEXO” and in 2007 he recorded his live concert at the coliseum dos recreios in Lisbon, and edited the live DVD/CD “DIRECTO AO CORAÇÃO”. In this great success, toy took the opportunity to sing a rhapsody of four international songs (Spanish, French, German and English) having been the origin of a series of three CDs (REMEMBER, MEMORIAL 2 and MEMORIAL 3) that between 2008 and 2011 have been a delight from all your fans. 2012 records “while I'm alive” emphasizing his personal and professional life and the reason for the recording of the DVD (recorded this year at Forum Luisa Tody in Setúbal). This circuit was always complemented with big TV hits like “Your face is not strange to me” during two series.