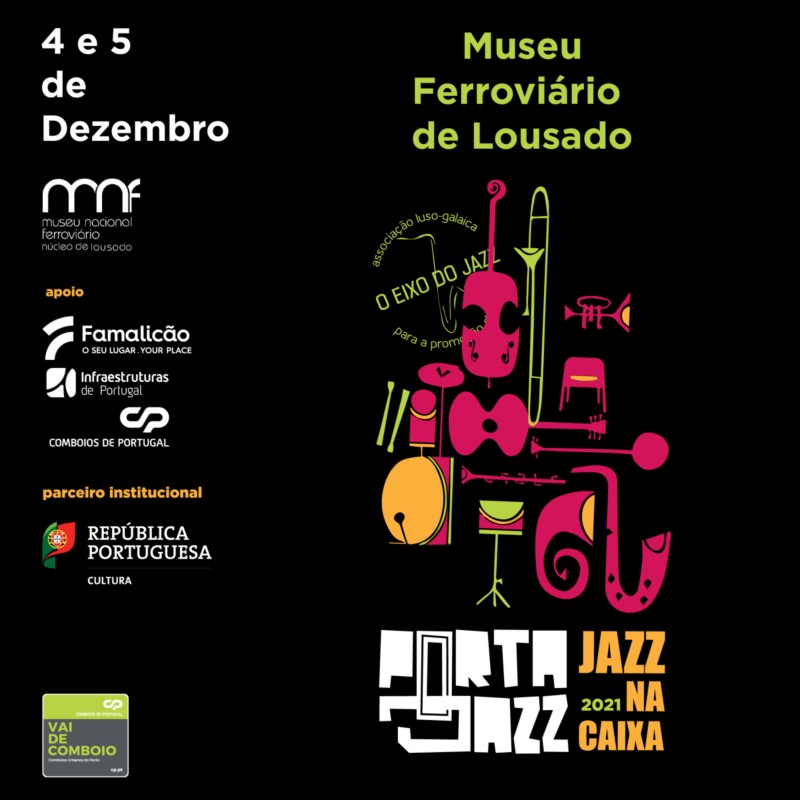 Coproduction of Associação Eixo do Jazz and Porta-Jazz

The Eixo do Jazz, with the support of the Garantir Cultura programme, is making, this year 2021, three small editions of Jazz na Caixa which pursue the association's objectives. In all the editions, Galician musicians participated, jazz was taken to the public of the future - children - and projects were divulged, creating more public in Famalicão and giving back the work of the musicians and technicians involved in a dignified way.

The First Part was dedicated to children and in tune with the pandemic restrictions, it took place, behind closed doors, in the auditorium of the Associação Teatro Construção, for the children who attend the kindergarten and the ATL, of the association.

The Second Part, with the support and co-production of Casa das Artes de Famalicão, can now take place in the (almost) original format of Jazz na Caixa, with the audience on stage to watch the three concerts.

For the Third Part , in December, we invited Porta Jazz to curate a weekend at the Lousado Railway Museum, thus maintaining the connection with the Famalicão Museums Network, with whom we have already done some jazz performances, and giving back to Porta Jazz the support it has given us, since 2017, in promoting jazz in Famalicão. 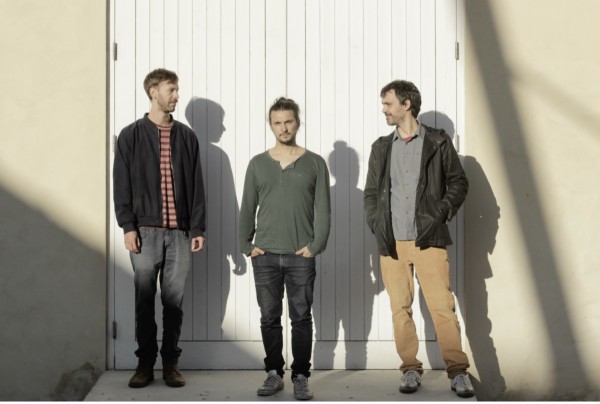 Coproduction of Associação Eixo do Jazz and Porta-Jazz 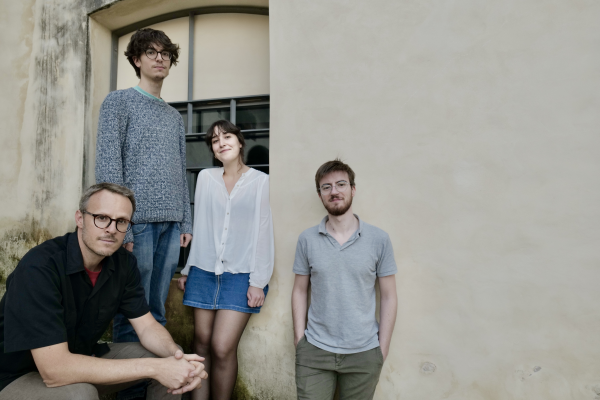