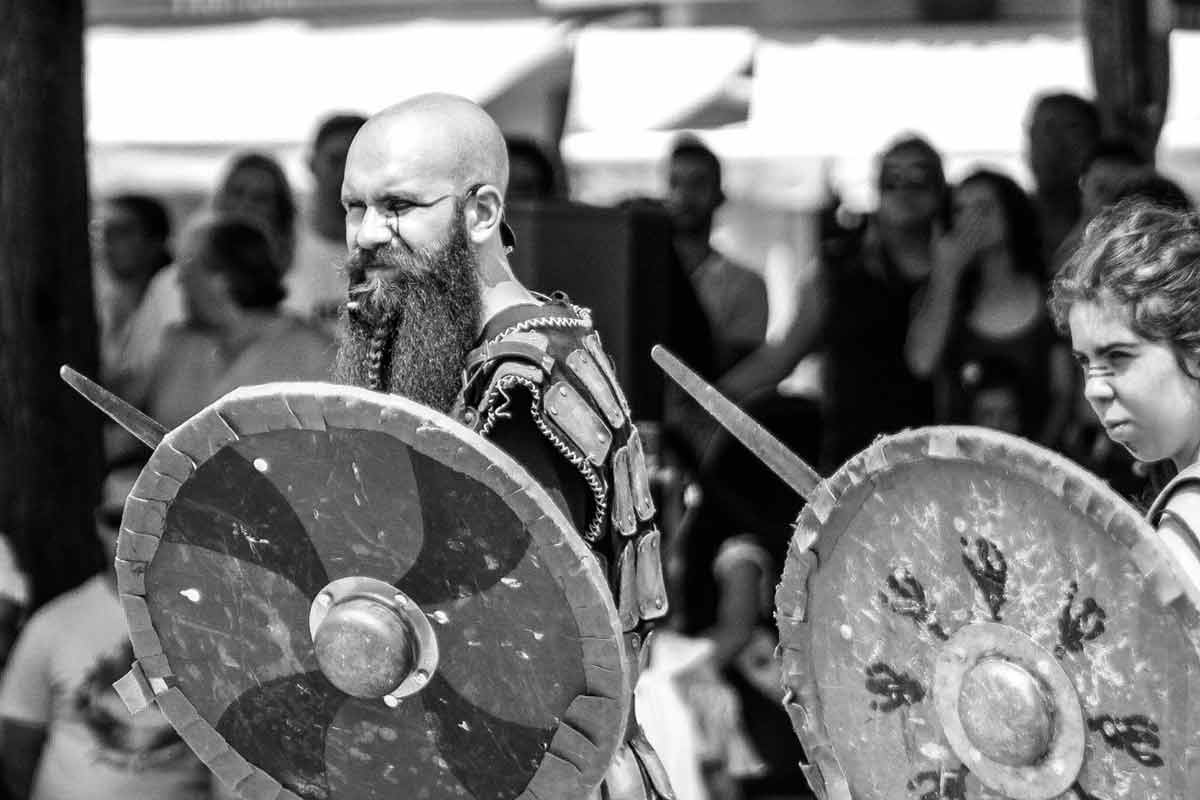 Parque da Devesa | Free entry, up to the limit of room capacity
In addition to the three-day program, you will be able to permanently enjoy the recreation of the village of the Viking people, with a guided tour every day at 17:00h.

Medieval exhibition, based with particular emphasis on an Iberian and Viking representation. This event takes us back to the 11th century, when the county of Porto was under the dominion of Leão and, at the same time - in September 1016 -, there was the Viking attack, which caused the death of Count Alvito Nunes.
In the interior space, three shows will be presented per day with an approximate duration of 2 hours each, in which various animations/performances will be incorporated, in continuous presentation, namely music, dances, fights, autos de fé and Viking rituals, performances, acrobatics and juggling. In the Viking barracks, our objective is to carry out guided tours at scheduled times, guaranteeing the rules of social distancing, duly monitored by our teams.

On the 18th, 19th and 20th of June of the year of grace 2021, Count Alvito Nunes, representative of the Iberian People, and El-Rei Cnut, representative of the Viking people, send the people of this land and the entire kingdom to gather at Parque da Devesa in Vila Nova de Famalicão.
Here, a Medieval Exhibition – Iberian/Viking will be held with the best artists at the service of these two kingdoms.
Here, we will have demonstrations of fights, dances, acrobatics, comedy, autos-da-fe, Viking rituals, music, …

The city of Vila Nova de Famalicão will recreate an era already lived by recalling a distant past.
For this we have the participation of about 100 collaborators from directors, choreographers, set designers, actors, animators, acrobats, dancers, jugglers, knights, warriors, jesters, …. and much more!

In addition to the three-day program, you will be able to permanently enjoy the recreation of the village of the Viking people, with a guided tour every day at 17:00h.