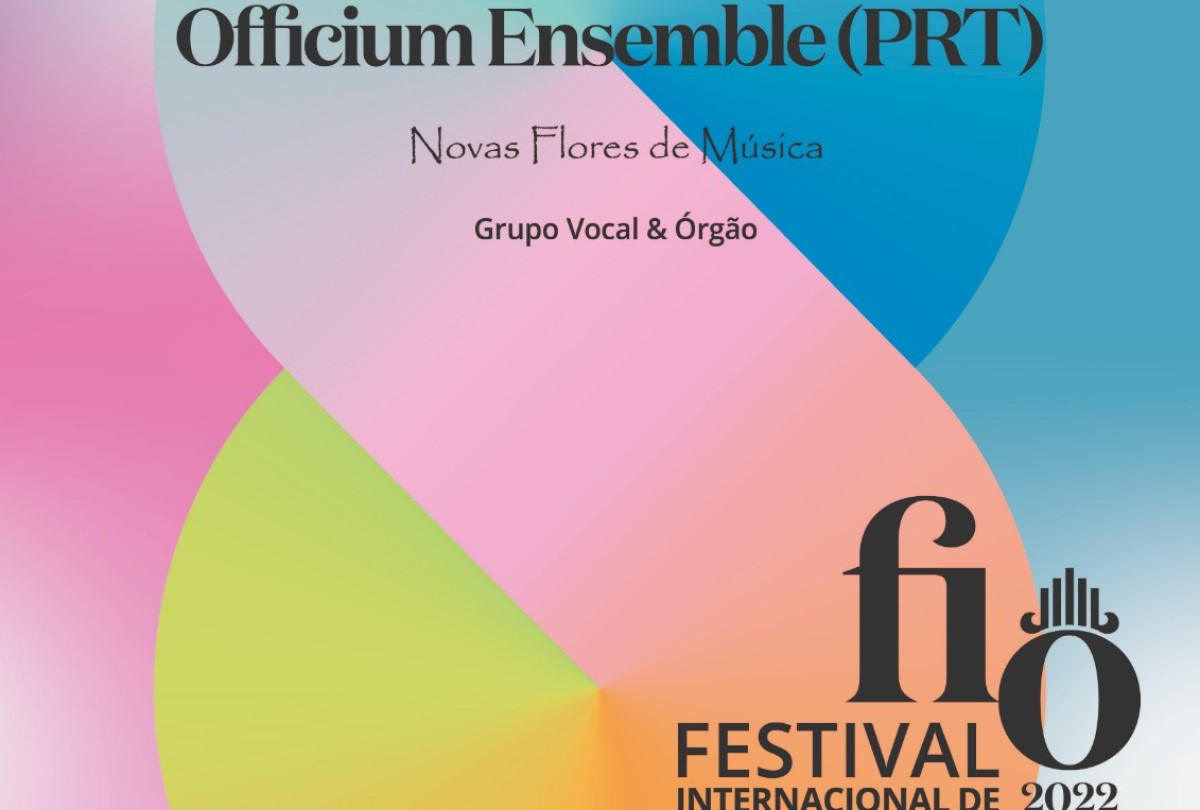 Novas Flores de Música is a project that aims to valorise contemporary Portuguese composition, while paying tribute to the figure of Manuel Rodrigues Coelho (c.1555-1637), whose Flores de musica was published in Lisbon four hundred years ago. At the same time, it seeks to stimulate the heritage of Portuguese historical organs through contemporary creation. Born within the scope of the celebration of the fourth centenary of the publication of Manuel Rodrigues Coelho's Flores de musica pera o instrumento de tecla ou arpa (printed in Lisbon in 1620), the New Flowers of Music, for organ and voices, is composed of four works commissioned in 2020 by the Estoril-Lisbon Festival to four composers and/or organists: Eurico Carrapatoso, João Madureira, João Santos and João Vaz.

In addition to the primary goal of disseminating Portuguese works from the 21st century, this activity aims to foster an approximation between the public and the music written in our days, to create a connection between the past and the present (not only through the tribute to the figure of Manuel Rodrigues Coelho, but also by using historical organs as vehicles of expression of contemporary music) and to underline the relationship between material and immaterial heritage: buildings and instruments, texts and music. The pieces that constitute New Flowers of Music are: Pange lingua, by Eurico Carrapatoso (based on the Gregorian hymn), Poema, by João Madureira (on the Sonnet in praise of the author "of a friend", included in the Flores de musica), Verso, by João Santos (on the Sonetto by Manuel de Pino, included in the Flores de musica) and Magnificat, by João Vaz (consisting of eight verses to alternate with the four Verses [of Magnificat] to be sung on Coelho's organ, or with the Gregorian Magnificat).

The title of each piece alludes to one of the titles of the works included in Coelho's Flowers of Music. The very choice of the sung text makes reference to texts present in the Flores de música, whether liturgical texts, like the Pange lingua or the Magnificat (as in the pieces by Eurico Carrapatoso or João Vaz), or any of the texts or poems included in the introductory section of the work (as in the pieces by João Madureira or João Santos).