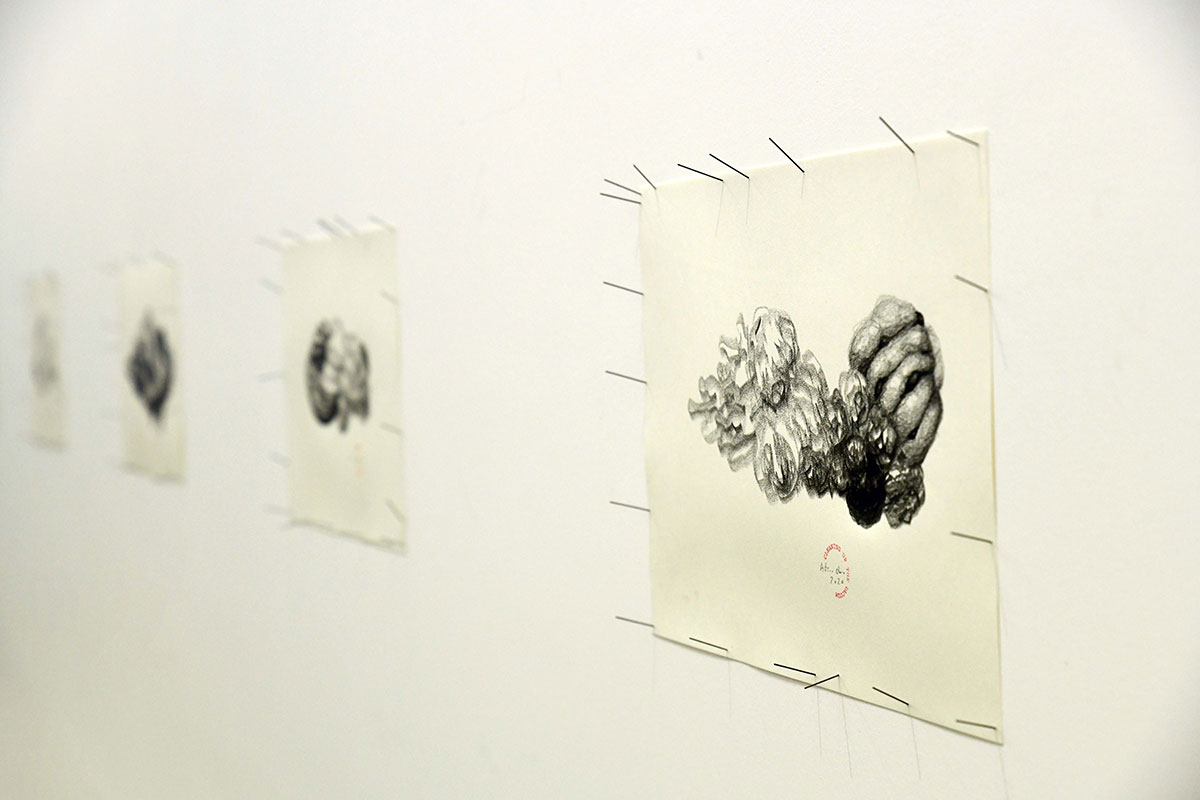 A Performance presented on September 20, 2017 at the Soares dos Reis Museum in Porto, led Olaio to establish a relationship with the sculpture The "Desterrado do Soares dos Reis", where he appeared in a cutaway in opposition to the sculpture's nudity and in questioning the territories and relationships established in this environment with the works. At the Anozero'19 Bienal, in Coimbra (2 November to 29 December 2019), he continued his journey with the performance at the Soares dos Reis Museum with the presentation of an installation entitled Desterrado: Floating over my own ground where, in the same space , a painting and a video left us in an ambivalence of the image in motion with the image of the painting which, due to its verticality and elevated position, made us uneasy about our presence in that space. The senses tried to adjust, we were floating.

António Olaio has a degree in Painting, but his work has been guided by a comprehensive exploration of languages ​​and creative territories. Performance, music (in 1986 it forms and integrates the “Repórter Estrábico”) the video, the drawing, the painting allow it a range of means where it deepens reflections on the representation r its meaning in the art object. To expose different supports and languages ​​in the same space is to take the observer to adjust, to find solutions of potential balance, in response to the instigation of unrest that António Olaio launches. A provocation that fluctuates from fine lines and well expressed lines of force that transfer a uniqueness to the work developed by Olaio.

In this exhibition we have the presence of painting, video and drawing, in a possible balance that will lead us to question space and our presence in it, as well as our relationship with the understanding of art. Who watches whom? Who gets exiled?