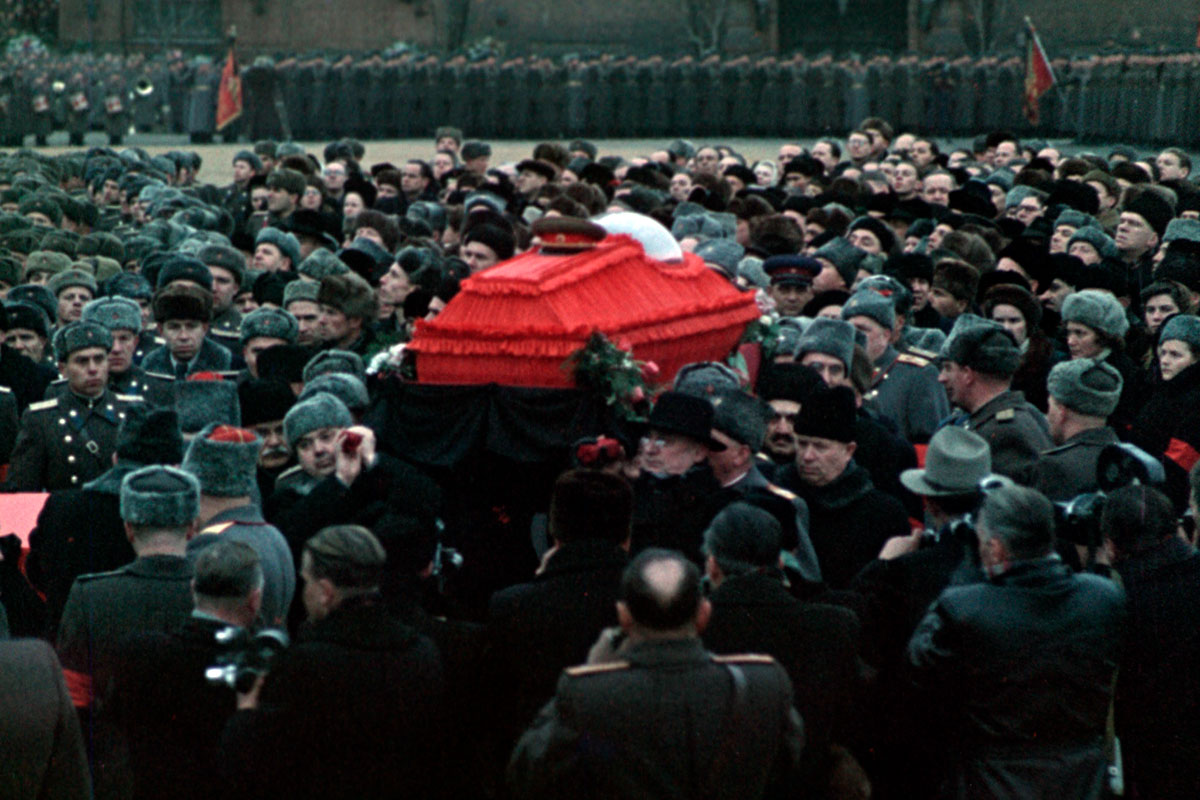 
March 1953. After 30 years of ruling the Soviet Union under a dictatorial regime, Joseph Stalin has died. In the days immediately following, the Communist Party committee members, once faithful followers of the dictator, reveal their thirst for power. In the streets, during the funeral ceremonies, hundreds of thousands of people appear devastated by the dictator's departure. Shown at the Venice Film Festival, "State Funeral" by acclaimed Belarusian director Sergei Loznitsa shows disturbing images of a people who, despite having lived through decades of submission and terror, were fooled by the cult of Stalin's personality promoted by the Soviet political machine.