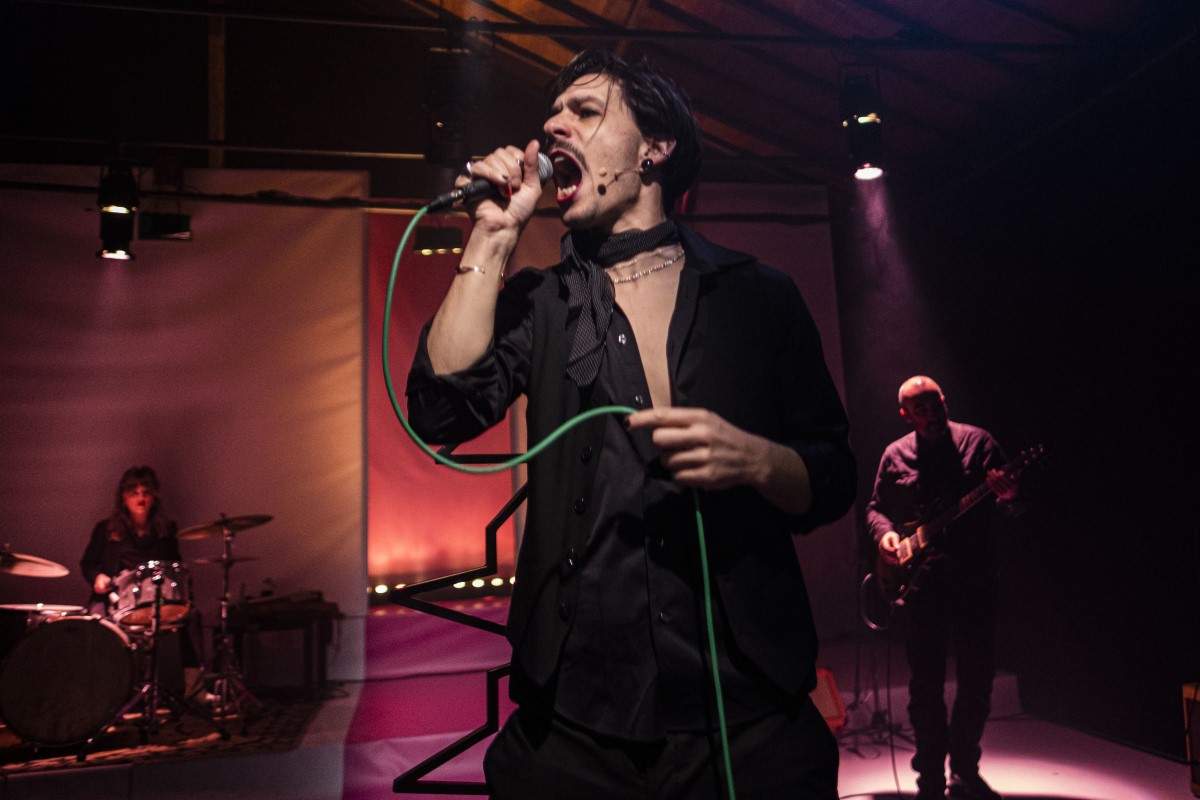 We don't know who was born first, rock and roll or brilliance. But we do know that both contributed, each in their own way, to a musical revolution in the 20th century. Soundcheck is a show that claims the place of resistance for centre stage. That takes on listening as a central form of protest. That exists beyond the rush of fast life, that resists through empathy, solidarity, collective action. It is a shake of the hip towards the future, a fuse of unease for the new generations. ONE, TWO...SOUND! enunciates a sound test (SOUNDCHECK) and is the proposal we make to a local group: to prepare the sound that the public will hear. Rock culture is the backdrop for this workshop about identity and attitude that also intends to promote contact with the backstage and scene language of the show. The result is a musical theme which is rehearsed and interpreted by the participants who will go on stage.