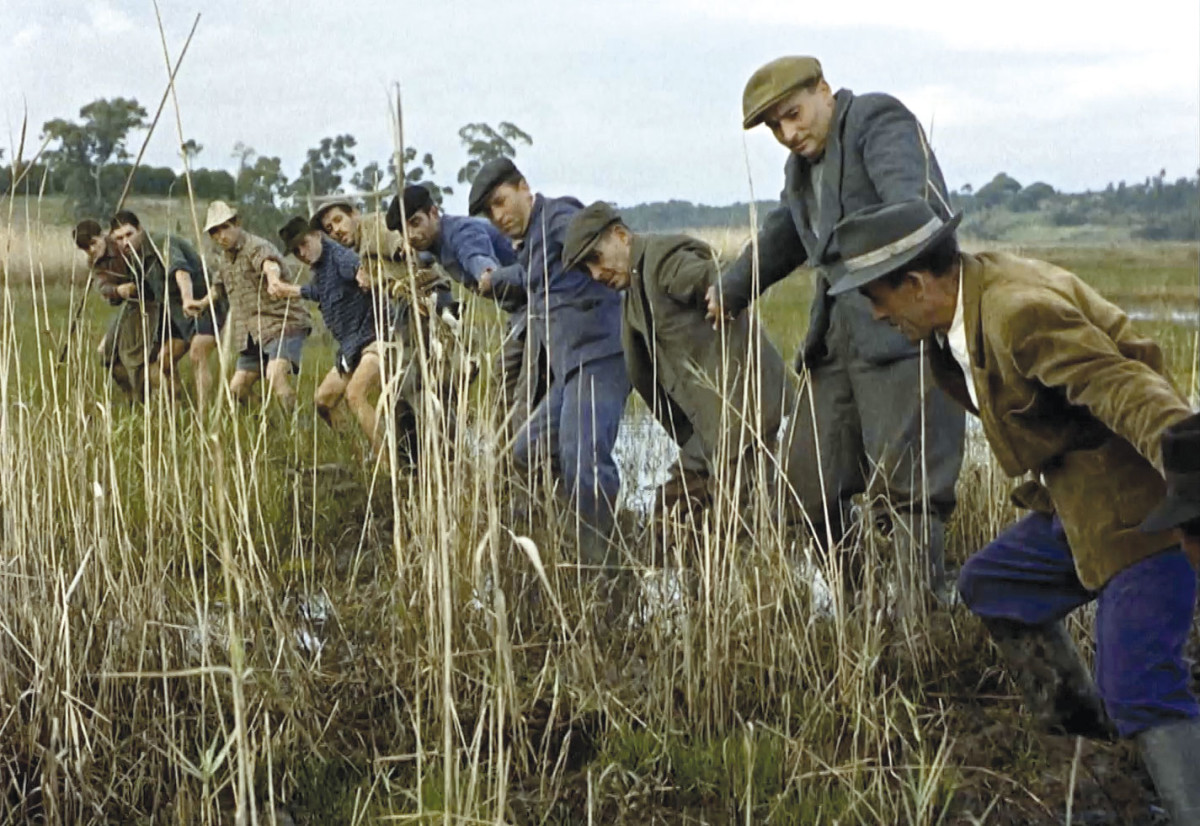 This exhibition proposes a journey through the cinema of Manoel de Oliveira, focusing on the way in which his films question, in different ways, the breadth and contours of the notion of community. Declining the question from different points of view, halfway between ethnography, history, sociology, or even the very practice of filmmaking (a collective art) and probing the identity, symbolic and cultural foundations which, for over eighty years, have been shaping the national community and moulding its imaginary, the director's work has also been an insightful critical barometer of his time.

Organized by Casa do Cinema Manoel de Oliveira - Serralves Foundation, and curated by António Preto, the exhibition presents excerpts from the films and documentation belonging to the director's Collection, fully deposited in Serralves.

The exhibition, which will be open in the foyer of the Casa das Artes de Famalicão from October 1st 2021 to January 26th 2022, works as a prologue for episode 6 of CLOSE-UP - Observatório de Cinema, dedicated to the Community motto, which will take place in several spaces of the Municipal Theatre, from October 16th to 23rd.

An educational programme will soon be announced and will include:
Guided visit to the exhibition; Workshop for families or other public to be designated; Training action for municipal technicians and teachers.