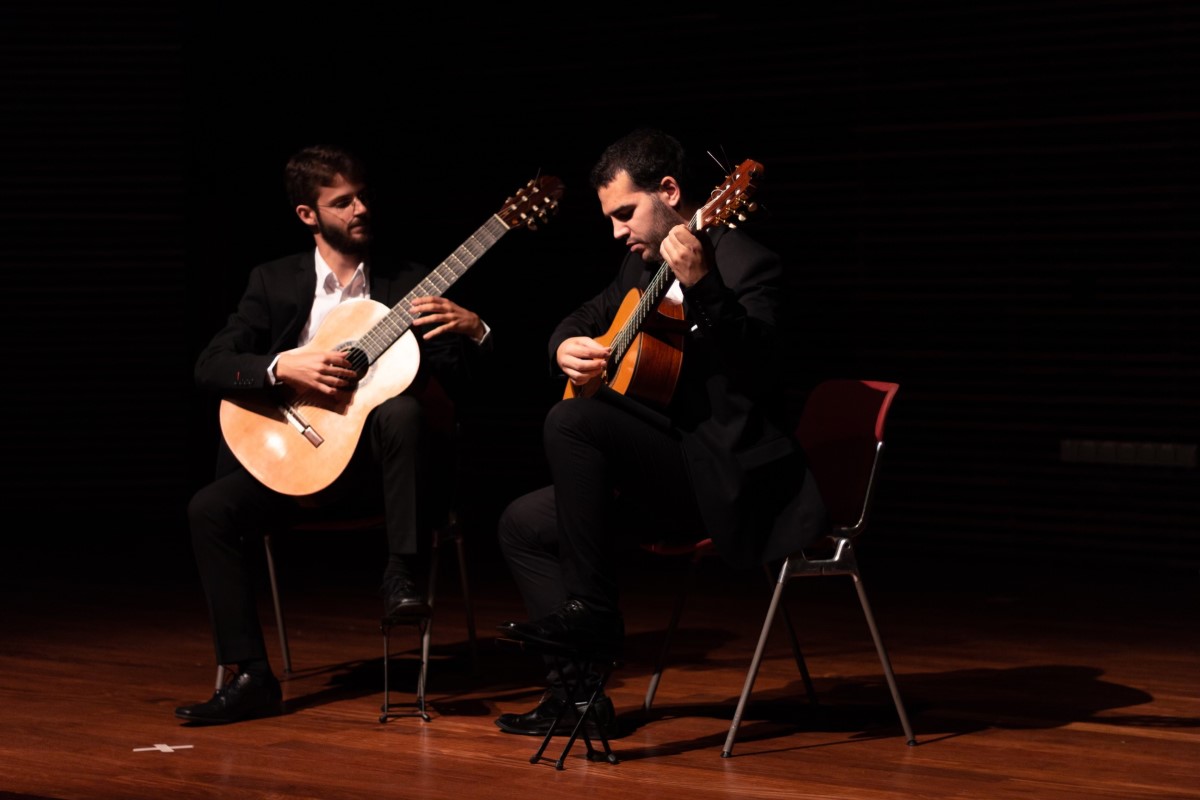 Free entry until the room is full, with previous ticket withdrawal at the TNF box office, one and a half hours before the beginning of the show | Rating: M/6 | Duration: 70 min.

Duo Arsis is a guitar duet founded in December 2016. It is composed of Nuno Jesus (Portalegre) and João Robim (V. N. Famalicão), who started the project at the University of Évora. Both have collected several prizes in national and international competitions, individually, and initially decided to approach the notoriously more virtuosic repertoire for two guitars. The duo was awarded prizes in national and international competitions, such as the 3rd National Music Competition "Gilberta Paiva", in Santa Maria da Feira, and the 2nd International Guitar Chamber Music Competition, in Braga, having been praised by internationally renowned musicians such as Tilman Hoppstock, Fabio Zanon and Gary Ryan. In 2019, the duo began playing on 8-string guitars, nicknamed "Brahms guitars", which allowed them to transcribe celebrated works from the piano repertoire. In 2020, they began recording a new repertoire, unheard of in the guitar medium, including works by J. S. Bach, D. Shostakovich, F. Chopin, C. Debussy and R. Schumann in close collaboration with the Village in Vila Nova de Famalicão.